Booker T. Washington was born on April 5, 1856 in a slave hut in Franklin County, Virginia, rising to become one of the leading African American intellectuals of the 19th century.  Over his career, Washington advised two presidents, Theodore Roosevelt and William Howard Taft. His infamous conflicts with black leaders like W. E. B. Du Bois over segregation caused a stir, but today, he is remembered as the most influential African American speaker of his time.

In 1872, Washington walked 500 miles to the Hampton Institute, a school for former slaves in southeastern Virginia founded in 1868 by Brigadier General Samuel Chapman. Chapman had been a leader of black troops for the Union during the Civil War and was dedicated to improving educational opportunities for African Americans.

He was an excellent student and went on to study at Wayland Seminary in Washington, D.C., but had so impressed Chapman that he was invited to return to Hampton as a teacher in 1879.

In 1881 Washington was selected to head a newly established normal school for African Americans at Tuskegee, an institution with two small converted buildings, no equipment, and very little money. Tuskegee Normal and Industrial Institute (Now Tuskegee University) became a monument to his life’s work. At his death 34 years later, it had more than 100 well-equipped buildings, some 1,500 students, a faculty of nearly 200 teaching 38 trades and professions, and an endowment of approximately $2 million.

1865 – The Civil War ends and Washington becomes one of the four million slaves to be emancipated. During the fall, Washington sets out for Malden, WV with his mother (Jane), and two siblings (brother, John and sister, Amanda) to start new life with stepfather, Washington Ferguson.

1865 – 1871 – Washington works in the salt and coal mines in Malden while attending school, for the first time, in the evenings.

1872 – Washington leaves his home to attend the Hampton Institute.

1875 – Washington graduates from the Hampton Institute with honors.

1875 – 1877 – Washington teaches school, in his hometown of Malden, WV, while helping his brothers (John, and adopted brother James) pay their tuition for the Hampton Institute.

1879 – 1881 – Washington teaches at the Hampton Institute, while being dorm father to 50 Native American students.

1881 – May – When asked for a teacher to head a school in Tuskegee, Alabama, General Armstrong recommends Washington for the job.

1882 – The first building of the Tuskegee Institute is built by the students with bricks they made themselves.

1884 – Fannie Washington dies, possibly from injuries suffered in a fall from a wagon.

1885 – Washington marries his colleague, a teacher and Lady Principal at The Tuskegee Institute, Olivia America Davidson.

1889 – May 9 – Olivia Washington dies from injuries she suffered during a fire that broke out in the Washington home.

1893 – Washington marries Margaret James Murray who had been Lady Principal of Tuskegee Institute for two years.

1895 – September 18 – Washington delivers The Atlanta Address at the Cotton States and International Exposition, urging citizens of both races to work together toward social peace.

1896 – June 24 – Washington is presented with an honorary degree from Harvard University.

1899 – ‘The Oaks,’ Washington’s Tuskegee residence, is built by the school’s students and faculty with materials produced on campus.

1900 – The Story of My Life and Work, Washington’s first autobiography, is published.

1901 – March – Washington’s most successful autobiography, Up from Slavery, is published.

1901 – July 16 – Controversy arises after Washington dines at the White House while consulting President Theodore Roosevelt about political appointments in the South.

1903 – W.E.B. Du Bois’ becomes Washington’s best known critic after publishing his essay, Of Mr. Booker T. Washington and Others in his landmark book, The Souls of Black Folk.

1915 – March – Washington sponsors National Negro Health Week, which was designed to bring money and energies to bear on issues of sanitation, hygiene, and disease prevention among the poor.

When Washington passes, Tuskegee Institute has grown to have more than 100 buildings, a faculty of 200 (offering instruction in 40 trades and professions), and an endowment of $2 million. His legacy continues at Tuskegee University. 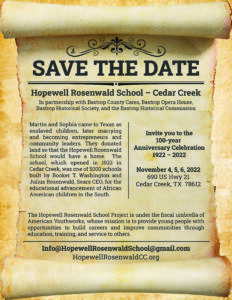